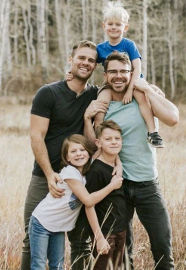 ORLANDO, Florida: Five years after the U.S. Supreme Court legalized same-sex marriages around the U.S., more than a half million households are made up of married same-sex couples, according to figures the U.S. Census Bureau released Thursday.

Since 2014, the year before the U.S. Supreme Court legalized same sex marriages, the number of married same-sex households has increased by almost 70 percent, rising to 568,110 couples in 2019, according to the Census Bureau's American Community Survey.

Of the 980,000 same-sex couple households reported in 2019, 58 percent were married couples and 42 percent were unmarried partners, the survey showed.